How a Crime is Prosecuted 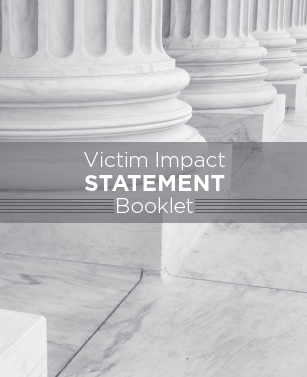 Laws very specifically govern how a crime is prosecuted in Wisconsin. When a crime is reported to a law enforcement agency, the agency investigates the crime and may refer the criminal matter to the district attorney’s office. The prosecutor is the District Attorney or an Assistant District Attorney, who represents the state of Wisconsin. The prosecutor decides what criminal charges are appropriate against whom and files criminal charges against the offender who must answer to those charges in court. The prosecutor must decide whether there is sufficient evidence against the suspect to prove the alleged crime. The prosecutor must make a reasonable attempt to inform you of a decision not to file charges. As the victim of a crime you are entitled be informed of the process. You may request to be notified of the time, place and date of court proceedings and to attend those proceedings. The only time that you are required to appear in court is when you have received a subpoena to appear.

Criminal procedures vary in a case depending on whether the charge is a misdemeanor or a felony. Criminal cases are either misdemeanor or felony cases depending upon the maximum penalties that could be imposed. A misdemeanor is an offense punishable by imprisonment up to a year in the county jail. Felonies are offenses punishable by a year or more in the state prison system.